Cancellation request without response from VOO. Experience with Ombudsman

TLDR: 4 attempts of cancellation request but no response from VOO except the first one when I was told that 3 months was too far in the future and was asked to contact them again later. Is the fact that my request was denied legal in Belgium? Anyone has an experience with Ombudsman Telecom?

I am supposed to move out of my apartment on July 2019 and I've been trying to cancel by Internet contract since April 25, 2019 for 4 times without any response from VOO, except in the first time when I was told that my request could not be processed because the date was too far in the future (although it is July 20, 2019, in less than 3 months). I contacted VOO again on June 23, 28 and July 05 thinking that I'm supposed to have their response in 5 working days according to their policy but I was so wrong.

Since there is still no response, I'm sending them a lettre recommandée today. This might be the only way to have some kind of "proof" that the cancellation request was initiated from my part. I suppose that the saga will not stop there and that after having my letter, VOO will probably set a cancellation date somewhere in August in order to charge me another month just because they can. This practice was very well documented in the forum. See here (in French) for example. 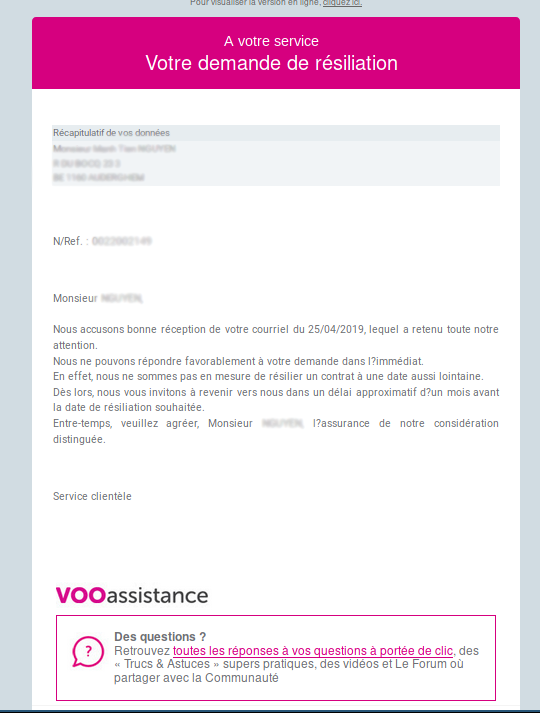 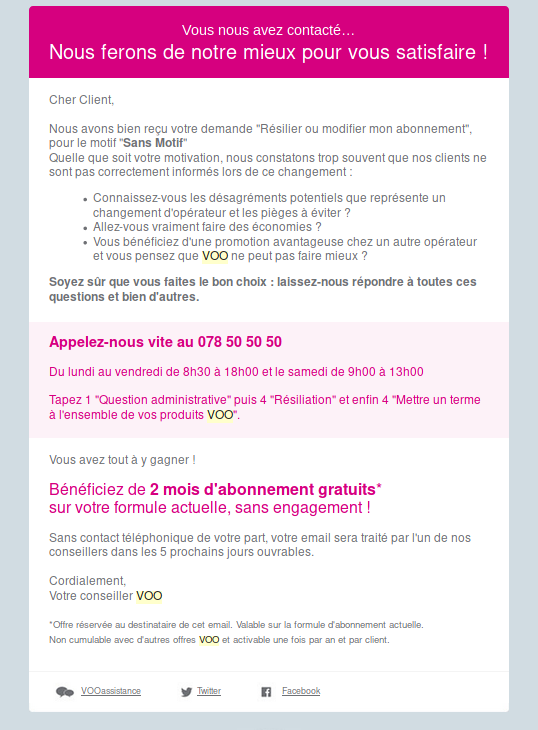 I see that your cancellation request has been treated this morning, a few hours before your post.

A confirmation email has been sent to your email adress.

The cancellation has been done, and the billing processed has been stopped at the desired date, which is the 1st of July.

You won't be charged for more than you asked for.